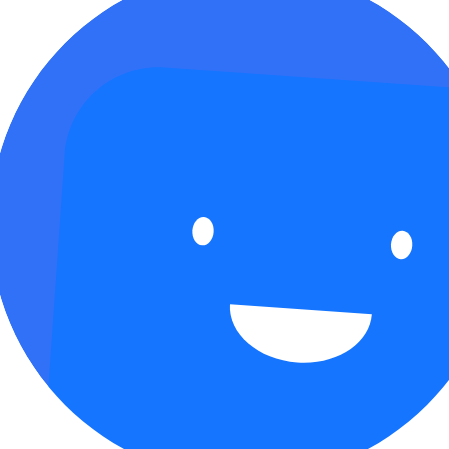 👋 I write words and code here.

It’s a tool to help you plan, forecast, and play out different scenarios so you can make the best decisions for you and your family’s budget.

There are a lot of reasons to use this app instead of a spreadsheet. Some that stick out to me include the Reminders integration, simple-yet-powerful options like “Start Date” and “Starting Balance” to narrow in on a multitude of spending scenarios without messing with with the data, and the ability to quickly compare new budgets with the features (including iCloud Drive, of course) of document-based apps.

The idea has spun out of a larger project to replace the personal bookkeeping services of old:

If you’ve been following along at home, you might remember that I started building a Mac app for managing my personal finances last April.

[W]hile experimenting with different ways of managing and forecasting a budget within the app, I decided to prototype a few ideas as small, standalone Mac apps so I could build and test them in isolation. One of them took hold and became incredibly useful to me in real life as my wife and I made adjustments to our finances and tried to repair the damage from 2018.

I would like to inform you that macOS’s Safe Boot (hold down the Shift key on startup until you see a login prompt) can clear nearly 20 GB of logs and caches and is a great way to get yourself out of those “no space left on device” situations where you can’t even use rm to free up space (yes, that’s a thing).

It took a huge chunk out of my “System” disk usage1.

Apple Inc. has a secret team working on satellite technology that the iPhone maker could use to beam internet services directly to devices, bypassing wireless networks, according to people familiar with the work.

This reminds me of Steve Jobs’ sentiment way back when.

Jobs wanted to replace carriers completely, Stanton says, instead using the unlicensed spectrum that Wi-Fi operates on for his phone.

The Shazam app has been giving away Apple Music during both Black Friday / Cyber Monday1 and now through December.

That’s a lot of months! You’ll find the promo page in the Shazam library.

1 Apple (via Karen Haslam): “Apple Music is running a Black Friday - Cyber Monday deal through Shazam in the USA, UK and Canada from 29 November - 2 December where new iOS Apple Music subscribers get 6 months free. If you were a previous subscriber and resubscribe you get three free months.” ⏎

Troubleshooting a disabled radio on an OpenWRT router OpenWRT

I’ve been tinkering with a used Linksys WRT1900AC running OpenWRT, and one of the first pitfalls for me involved the fact that by default, only the 2.4 GHz radio was active. It’s funny how much I’ve taken dual-band routers for granted, because the wireless was slow and unusable in that state.

Creating a seperate SSID to test the 5 GHz band proved to be unsuccessful, prompting status messages like “Wireless is not associated” and presenting the radio in question (“radio1”) as if it had been disabled, with only a non-functional “Restart” option.

So I searched around and found a functional workaround. First, SSH into the box, and then choose your adventure:

If the wifi command is available (Source)

4. Reboot the hardware to turn that “pending” status into an “up” status.

I hope this helps!

The wheels cost $400, the graphics accelerator “Afterburner” card costs $2000, and the 8 TB SSD option introduced with the 16-inch MacBook Pro isn’t available yet.

I don’t think the Mac Pro has lost its status as a symbol of everything the Mac can be, and a representative of Apple’s commitment to pushing the platform forward.

The Mac Pro is not for everyone, but for those who need it, today’s a great day. Long live the cheese grater.

The real question is whether John Siracusa will buy it after all these years.

There’s a lot of boilerplate here, but I figure I should share how I’ve been writing footnotes for this blog, in the the hopes that it’ll someday help someone, somewhere in this vast and infinite universe:

That should work in any blogging system that supports Markdown, but Jekyll also exposes the URL slug of the current post to help avoid conflicts on collection pages that may contain footnotes from multiple posts. This can be used like so:

A cheaper, better base model Mac

Let’s take a look at these two MacBook Pro options:

The first is the 16-inch base model, which gets you a 6-core i7 processor with 16 GB of RAM, 512 GB of disk space, and dedicated graphics.

It has to contend with an upgraded 13-inch model (the 4-port one), which has a 4-core i7 processor with 16 GB of RAM, 512 GB of disk space, and integrated graphics.

It may come as a surprise to you that the 16-inch option is actually $100 cheaper than the 13-inch.

I’m tempted to give full credit to the concept of the base model and prove that upgrades simply provide less value, but perhaps this difference is exaggerated by that fact that Apple doubled the storage1 of the bigger base model with the introduction of the 16-inch, and the now-half-a-year-old 13-inch has yet to benefit from a similar price drop.

I don’t know about you, but I’m going to keep crossing my fingers and hoping for a 14-inch MacBook Pro (with scissor keys, of course).

1 Here’s a link to the archived store page depicting the 256 GB 15-inch base model. ⏎

Whether you have iCloud enabled in “Settings > Books” on iOS, or you’re so last year and use iTunes like me, you’ve probably come across an EPUB file you’ve wanted to read before. This afternoon I had some trouble with accomplishing exactly that: syncing the Mac Books with the iOS version. Here are some steps to take if this happens to you or someone you know (pass it on!):

Error Code #3, or 'The Adventure of Deleting a HealthKit Object' HealthKit

Apple at Work, Because of Streamlining (via 9to5Mac) Apple

My Final Thoughts on the 16-inch MacBook Pro Rumors

Apple just asked the hard question: Why are we selling this? Apple

Getting Started with Cocoa Bindings for Populating an NSTableView Cocoa

Invaluable npm modules to use in your next Node project Node.js

How to fix any kind of broken iMovie imports Video Editing

How to reload your unpacked Chrome extensions on-save from anywhere! Browser Extensions

Force push is probably worse than you thought Git